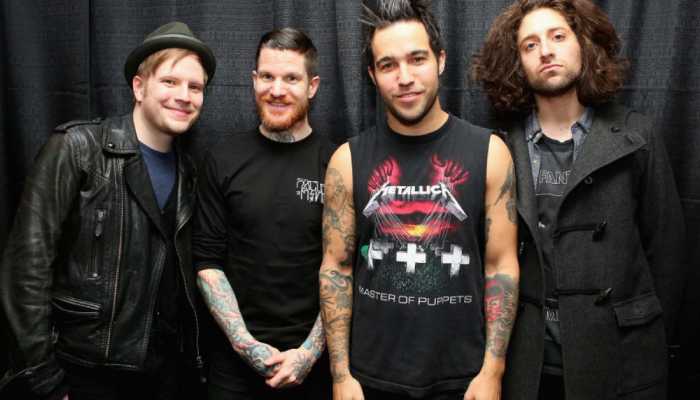 In the advertisement shown in the Chicago Tribune, the words «FOB 8» are written on a black backdrop, and the tagline «If you build it, they will come» appears below.

Many of the band’s fans are under the impression that this has something to do with a new studio album that has yet to be publicly available for purchase or streaming. The British music publication NME gave the band’s album MANIA from 2018 three stars and said that it was «worlds away» from the «clever pop-punk» of the band’s first release, Take This to Your Grave in 2003, or the «roaring emo» of 2005’s From Under The Cork Tree.

Additionally, for the first time, Fall Out Boy made their mini-album from 2003, titled Evening Out with Your Girlfriend, accessible for streaming on several websites.

At the beginning of this year, Joe Trohman, the guitarist for Fall Out Boy, said that the band had been working on some new songs that were more «guitar-oriented» but had placed those songs on the «back burner» for the time being.

In September, when promoting his biography None of This Rocks, he told Rolling Stone, «We were working on some things that were a guitar-focused.» The band has now abandoned these plans. There seems to be something going on here, but I don’t know what. This has been put on the back burner. It would be cool to record something where the guitar takes centre stage.

It would be fun to return to our beginnings as a guitar-based rock band, as that is how we originally began. If we want to avoid recreating the sound of 2005 Fall Out Boy, we’ll need to develop a new strategy.

Aside from that, they spent much of the summer on the road with Weezer and Green Day for their «Hella Mega Tour» rescheduled dates in the United Kingdom and Europe.

The three bands all simultaneously released new songs and announced the Hella Mega Tour in September 2019. At the same time, Green Day, Fall Out Boy, and Weezer put on a surprise performance for a smaller audience in Los Angeles.